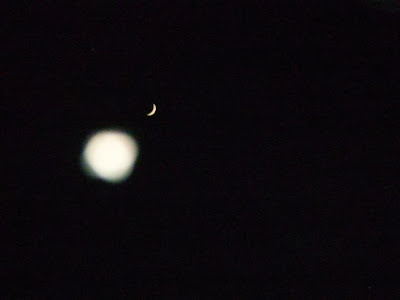 On the 13 July 2007 on a 29/11 day I shared the welcoming of a little girl, the mother who I nicknamed “Moon” because I couldn't remember her Arabic name was only 16 and I was invited to welcome the baby after the arrival.  I was excited to be the guest of this special baby born on such a masterful day.  I had visited Moon and her husband Mohamed only the evening before and she was busying herself around her flat just a few doors up from me.

We went by local car to the home of Moon’s father where she and the baby were staying.  I was ushered in to the traditional home built from mud brick with dirt floors and hard wooden day beds lining the main room that was filled with women all dressed in the traditional black Abaya.  This in itself was quite an experience to me when I am so used to colour everywhere and here I was in this small room with women lining every wall and some sitting on the floor and everyone was covered from head to foot in black.

I looked around looking for Moon but I could not see her.  There were two women sitting in the middle of the room, one with a small child and one with the new born baby.  The newborn was immediately handed to me and I was taken aback not really being prepared for this and then I saw a woman helping another woman out of the room.  My heart broke and it took all my might to contain my tears.  It was Moon and she was unrecognisable as she staggered with the help of her mother to the bathroom in so much pain.

There were no men in the room, it was only the women; the men gathered outside the house and so I felt a little shy because I did not speak Arabic and I had no-one to tell me what it was I was supposed to be doing nor how long I was to hold the baby for.  They simply gave her to me and then all sat and watched as I held this most beautiful baby in my arms; I felt so special.  The women were making signs at me that I should have a baby, but I shrugged and tried to explain I had 3 children already, they were transfixed on the idea that I should hurry up and have another.
I cried on and off the whole of that evening even waking in the night still with the overwhelming feeling of her pain, knowing how hard it is for us in the comfort of our modern homes and hospitals and here, this tiny little 16 year old probably ripped and torn to shreds.  God bless her, there were no special treats for her and she must wonder what on earth she had just been through.

The men were puzzled as to why I was so deeply touched and laughed at me asking why did I cry?  I tried to explain that they could not possibly know what she has just been through, but it was simply shrugged off with “we see lots of women like this, she will be ok”.  Was there no compassion for the pain of the birthing mother? This was an experience that would stay with me; a feeling of helplessness, of wishing I were more than I am so I could bring some change.  God Bless her and God Bless all women like her.
Posted by Christina Ritchie at 1:30 pm