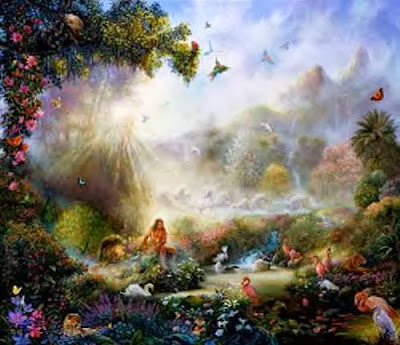 Well, as you know I’m all about Ascension and LUXOR Light is all about Ascension!  And since last year when I was here last so much has happened it seems like years ago not just one year.  Jeanne Christie you said you have a special connection with Serapis Bey so we certainly have that in common.  Serapis Bey for those who don’t know is the ascended Master who resides in the Ascension Temple in the etheric realms over the physical temple of Luxor in Egypt.  So LUXOR Light is an earthly extension of this temple if you like, because the energies we work with enable the individual to access and become a carrier of this frequency or flame as some like to call it.  So I’ve worked closely with Serapis for many years now and that journey under his tutelage has brought me to what I want to share with you now and I’m pretty excited that you guys have given me the perfect platform to do that!

Way back in 2007 on 1st December in fact I wrote a proposal for a vision I had about establishing a Centre for Ascension in Luxor that would incorporate healing and permaculture gardens, healing clinic and any other number of things that we could offer to the Egyptian people that might help to enrich their lives and be a way that we could give back to the community and to humanity as a whole.  Everyone has their missions as we know and mine just happens to be mostly based in Luxor and that area of the world, so the natural place for me to want to good work is in Luxor.

That proposal got filed away and left for the process of time and divine agendas to take care of.  Since then so many things have taken place, but shortly after I wrote that proposal I left with my son and a friend and went to live in Luxor for nearly 4 months.  On the first day of arriving into Luxor we went to look for somewhere to stay and it just so happened that we were given the opportunity to live just the 3 of us in this wonderful big house with 3 levels overlooking the Valley of the Kings.  We helped the lady who owned it to prepare it to become a hotel.  But, something wasn’t quite right with that idea and I was more inclined to want to turn it into a spiritual centre and so it went by the wayside but I always felt a connection to Nubian House.

Five years have gone by since then and lots of visits to Egypt but no more to Nubian House.  Lots of challenges, lots of lessons, and lots of tests of ascension along the way and in 2010 I found myself having to move back to Luxor to live again.  This time as it turned out, my time coincided with the 2011 Revolution.  I had taken a group in the October and arrived in Australia later that month to find my world turned upside down and spirit very powerfully re-directing me back to Egypt.  It was a very difficult choice but one I had to make in a hurry and by November I had given up everything I had and moved back to Egypt for some weird and wonderful growth period that seemed to be orchestrated in order to get me to be there for the Revolution of January 25, 2011.  That period of the Revolution was a crazy time for me which had nothing to do with the revolution but all to do with making me stay there.  I was going through my own revolution and finding my own place of liberation that coincided exactly with Egypt’s own attempts of Liberation.

My Dad was really sick and I really needed to go home but I struggled with the fact that the local Holy Man named Sheik Jabir kept telling me that I was supposed to be there for the completion time of the revolution to help hold an energetic triangle in place and I would not be allowed to leave Egypt until the revolution was over.  By the Tuesday I decided I really wanted to be home with my family because there were some really big things going on in Australia and they needed me.  I booked my flight home for the 13th January and said I’m sorry Spirit but I have to go, hopefully I’ve done what I needed to do.  On Friday 11 January, President Mubarak stepped down and the revolution was over.   Perfect timing and I spend January 12 in Tahrir Square with the celebrations and flew out for Australia on Sunday 13 January.  Mission was obviously completed.

Now a lot more has happened since then and Egypt returned to the Square again in July this year as we are all very aware and it is not yet over but it is most definitely a time of great change for Egypt.  It was all too easy to think it could be over with one Revolution but the fact is that how I see it is that Egypt is moving through the Chaos on the path of ascension trying to find harmony through the conflict that is held within.  The external happenings that we are witnessing in my understanding are a reflection of what is happening within and not only in Egypt but all around the world.  It is the very visible expression of where humanity must tread in order to come to a place of Peace.

I have spent the last almost 3 years recovering from the journey of my own life on the path of healing the chaos within.  And now in coming to that place of peace within where harmony resides my new purpose is beginning to present itself and I want to share that with you.

In April 2010 I began a process of anchoring my Mighty I Am Presence but it has taken me 3 years to understand what was happening.  Now I see clearly what the next phase for myself and naturally LUXOR Light is.

Now, after the ascending into the realms of the Heavens so to speak, we must now anchor that energy of Heaven here on Earth and this is what is unfolding for many of us now.

Last January I began a healing clinic for Egyptians on the West Bank of Luxor.  Just gently introducing the process and now that project has taken form in so many other ways.  Lo and behold somehow, like some magic spell from the Heavens above we now have the LUXOR Light Centre for Ascension and Sustainable Living becoming a physical manifestation in Luxor.  The aim of this project is number one the Healing clinic that will bring healing on many levels.  Firstly on the obvious level of bringing physical relief from aches and pains, but more subtly on the levels of the emotional, mental and spiritual levels helping to raise the consciousness of those who visit our centre and indirectly for Egypt.

We have also set up a Women’s Workshop to teach women to sew and the aim is that they will take their work into the local markets to sell and eventually be able to provide the schools with their uniforms.  This brings an income for these poor families and gives the women a sense of empowerment.  We are very blessed to have a lady by the name of Karin Schunkre living in Luxor volunteer her time and expertise to teach the women – how amazing is that?  She simply came out of nowhere it would seem.  I met her in January and now we are connected in this most beautiful light filled way.

We also now have an Egyptian lady and mother of Abdul who is a seamstress move her own sewing machine into the workshop to begin to teach as well.  It just gets better and better.

We also provided a donkey and cart for a poor family so they could start a recycle business from collecting the rubbish from the streets and selling the scrap metal and plastics bringing an income to another family.

The next and biggest project just getting underway now is creating permaculture gardens.  My good friend and colleague Abdul Magraby is providing us with .. wait for it…. Nubian House!! It came back to us, full circle and the project begins.  One of my online students from Slovenia just happened to know a man by the name of Etbin Kuhar from Slovenia well versed in permaculture farming who has offered to teach the Egyptians how to go about creating the gardens and he gets started in January.    We hope through what they learn they can take it into their own back yards and transform the desert into lush gardens and we hope also to eventually rent some farm land and build some community gardens that will involve up to 100 families and provide food and income for them also.  We aim to help make life easier and hopefully help to eradicate poverty.  Etbin is involved in some pioneering work with permaculture farming in the region of Rajastan desert in India, so we are very blessed to have him come on board with us.

The list goes on to bring training programs in for the youth, all through volunteers who want to give and be a part of an amazing opportunity.

The centre will also have our ascension programs in place at certain times of the year and eventually there will be LUXOR Light teachers resident there to share the frequencies of LUXOR Light to tourists and to local alike and offering many programs from meditation, colour therapy, ascension work, healing, yoga and so on.

Please listen to the program and enjoy the meditation at the end, so don't stop short ;)

Coming up I am leading a six day cruise on the Nile on board a traditional luxury dahabieh beginning on February 2.  You can find out more details on my website. www.luxorlighttravel.com/sacred-nile contact me and you can also be involved in some of our other projects if you like.

All you need to know www.luxorlightascension.com
Posted by Christina Ritchie at 7:47 am