Holes, leaks and tears in your energy field caused by shock?? 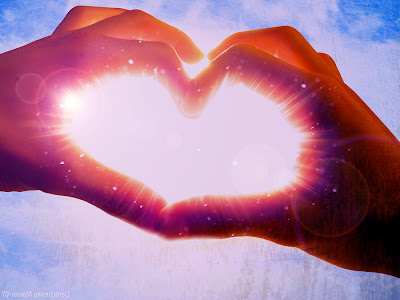 Let's keep it simple because then you are more likely to do something about it.  I've been receiving a lot of emails and messages lately in regards to feeling the effects of shock on the etheric field which then encroaches on the emotional body resulting in angry outbursts and feelings of fear.  We are surrounded by people who are still living in a 3D world and acting out in 3D ways.  As people are beginning to awaken to knowing there is more and raising their frequencies to levels they are new too, they are also unaware of how to be in integrity with the new energies.  One such example is the do gooders who feel they are bringing attention to that which will make humanity wake up, but in so doing they use a violent act to bring attention to another violent act.  One such incident is those who post away on Facebook pictures of violence.   This is done in numerous ways and I don't even want to mention them because that may also bring up shock into the fields of the sensitive.  The other day someone posted on our LUXOR Light community page a picture with a deep red background and black paint quoting from Mahatma Gandhi "Poverty is the worst form of violence".  This could have been posted in a better way.  The gruesome image of the red and black sends shock waves that causes shisms in the field of the sensitive.  Red and black in itself suggest anger and anger is violence.  One could argue that the image brought up the buried anger of the person to heal, but do we need to act in such violent ways these days?  I think not.  Another thing I have noticed is the continual violent acts of the so called non-violent.  Many Vegans in particular are guilty of this.  When trying to share the wisdom of non-violence it is often the case that vegan sites will share violent pictures again trying to put their point across.  Here we have blatant acts of judgement and violence all rolled into one.  This is totally out of integrity with their belief systems but some individuals are still using shock waves to try to awaken people.  Raising ones frequency will naturally bring people to a place of non-violence and in their own growth and time frame.  It is not for us to judge another's path or belief system but if we all wish to come to a place of non-violence then we should first start with being aware that we do not spread messages that contain hidden violent messages... now for a gentle and easy method of healing any damage to your field.

Close your eyes and imagine you are looking at the colouring-in line around your body (etheric field)..scan all around the body and see where you may have pin pricks or even big gaps in your etheric and then imagine you are lining the body with a clear orange putty like fill like play dough. Be sure to fill all the leaks and holes until you have a nice secure field that is nice and even. Imagine that you are standing in a shower of white light that pours in through your body cleansing and clearing all impurities that have leaked into your field and then imagine breathing blue in through your crown and fill your entire body to bring you back to a state of peace, then once again receive the shower of white light and then one by one focus on the chakras beginning with the base chakra and imagining it a clear and vibrant red, sacral chakra in a glorious orange, solar plexus in sun shiney yellow, heart in beautiful emerald green, throat in clear blue like the sky, the brow chakra a soothing indigo and then the crown a soft violet... this will bring the physical body back into alignment and then imagine drifting off into a gentle and peaceful blue cloud calming your body while the orange continues to protect your field with a nice strong forcefield that cannot be penetrated by outside influences. ....

or you could try listening to this Free Energy Sharing, just click on this link

Posted by Christina Ritchie at 11:22 am