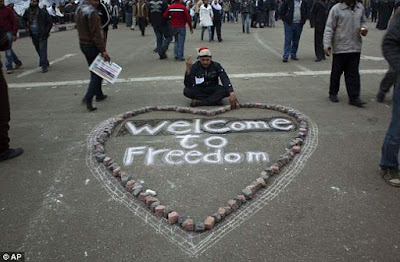 I am over-joyed at the news of Mubarak stepping down.  Last night he said he would but he didn’t and so today it was looking very tough in Cairo once again, but this afternoon  History was written and not just Egypt changes but this is a change for all of the World.
Today I felt the significance of today’s events in relation to the fall of Atlantis.   When we think of the fall and the loss of consciousness from that time and where we are at now on the brink of the New Era and the beginning of the return of full consciousness, of course Egypt must be leading the Arab world into change.  Egypt has so much of the Ancient remnants of those times and the energy is still here but so is the obviousness of the fall.  Many of you will understand what I mean by that or you will at least be able to feel it in your own consciousness.
This afternoon when it was announced that Mubarak had stepped down I could not contain myself.  I jumped up and down with so much excitement.  I have been here for 3 months filled  with sadness and loneliness as I spent on average 22 hours a day alone.  I came for my own healing not purposely but forced with no choice of where to go.  Watching daily as my time here unfolded and it unfolded daily through pain and I knew that it was not just my pain I was feeling.  This pain was so immense and I knew that my own personal circumstances were simply a reflection of what was unfolding.  I could not have imagined that Egypt would go into Revolution while I was here.  I had no feeling of the need to leave because of what was happening and the Holy Man had said that it was imperative that I stay through the changes because of the importance of my energy.
Egypt was moving toward Liberation.  LUXOR Light sacred mathematical equation is the sum of 22 which is the number of Liberation.  My own life lesson is 22—the number of liberation.
As the Guardian of the LUXOR Light Frequency, the frequency of Liberation, it has been no surprise to many of you that I should be placed here at this time.
Yesterday I lead Ashraf through a meditation to release the past and I have been using this exact meditation for myself over recent weeks with the intention that as I release the past Egypt also release the past.  Yesterday as I reached and opened a door, I was met by the Goddess of Liberty.  Of course I felt it was my own liberation about to unfold as I completed my time in Egypt and re-entered Australia.  Today I see that it was not just my own Freedom and Liberation that was about to unfold.  I was watching the news earlier today as the protestors went into place once again maybe the biggest day yet.  They were suggesting that it be kept as a peaceful protest and so I went into meditation again asking that the energy of LUXOR Light be used to bring about the changes that needed to come forth.  I let go and let it do it’s own thing as I moved on with my day and my own unfolding. 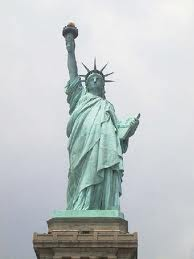 Last week I went through about 5 days of an uneasy anxious feeling in my gut that was pulling me home.  I struggled with the feeling not knowing what it was trying to tell me.  The pull was strong but I was stuck on the need to complete my time and purpose through the changes.  I was concerned about my family and felt torn between Spiritual responsibility and personal/family responsibility.  I was being told all was well at home but something was still pulling at me.  I went through my own personal experiences which are simply human dramas perfectly scripted to bring about events that we need in order to complete our purposes and to follow our paths.
Earlier last week I had asked when I would return home.  I received the guidance that I would return home on the 13th February.  I dismissed this as I had people coming from Slovakia to take part in the LUXOR Light Ascension Program.
Sunday night I asked for a sign as to what to do and received almost immediately an email that my students from Slovakia were not coming now.  I took it as my sign.  I contacted my Sister-in law and my brother booked me a ticket home.  I could not make it to Cairo in time for the Tuesday flight, there was none on Wednesday.  Thursdays flight was $500 more expensive but there was one on Saturday.  Saturday’s flight had a 12 hour stopover in Singapore which I was prepared to do but Kie rang me again and said Malcolm had found a flight straight through on Sunday.  Ok, this was the flight I would take.  Later, I looked at the date—13th February!!!
It was time to look at my personal numerology for the day.  My personal vibration for the day is 33.  I saw that this symbolises spiritual mission, Christ Consciousness and  that my mission is obviously complete.  This gave me some solace as I was still struggling with the fact that I was leaving but maybe before my time.  Was I deserting my mission and taking the energy with me that needed to be here at this time.  I must trust that it is finished.
Today, I was so joyous, not just for Egypt, but it was to me a clear sign that yes my time was complete, the mission was complete and I was able to leave without feeling I had let the team down.  All was perfectly orchestrated as it always is and I do hope you can see from this that when we act in trust and total faith we cannot miss our Soul /spiritual missions.
This is not all.  I leave Luxor tomorrow the 12.2.2011 which for me is a personal 32/5 and this is the energy of the New Dawn, the dawn of Kephra.  This is the very same energy that we activated at 10.10.10.  This is the energy of Freedom, Integrity and the Golden Era.  As I write this the time on my computer clock is 3:33am (Australia time)  This is a message from the Ascended Masters that yes indeed this is a great time in History that has been perfectly orchestrated by the Masters themselves.  We are truly in a Divine moment in history. 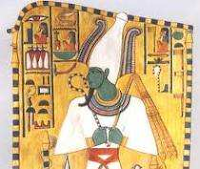 Today, here in Egypt on 11.2.2011=26/8 we see that as I wrote earlier in the month, we are celebrating the Feast of Wasir (Osiris).  A day of celebration for resurrection into eternal life.  This is Ascension, this is conclusion to Karmic events, a truly magnificent time.
This was an 18 day Revolution.  18—1+8=9 this is the completion phase shown perfectly in the number of days.  It began on 25.1.2011=39/3—an energy of completion supported totally by the Masters and Divine Power.
Luxor is the Solar Plexus of Egypt and I realised that this was exactly the place I needed to be rather than Cairo where the uprising was taking place.  Apart from the fact that LUXOR Light is the Light  from the Ascension Retreat located above Luxor Temple the energy of LUXOR Light is an energy of the Masters, and energy that creates chaos.  Why would you think that the energy of the Masters would create chaos you might ask.  Chaos creates change and all who step into alignment with Mastery will find that where they tread they create chaos.  I myself felt chaos in my own field most of my time here in Egypt.  Not all my own but much of what was happening here in Egypt.
I spent a lot of time in meditation holding my stillness.  I had measured the state of the general populace of the protestors chakras earlier on, to find that the solar plexus was sitting at 9/10 showing a really good sense of being in their power.  Shortly after this on the 2.2.2011 =17/8 (2222) another karmic day they were stripped of their power and many violent clashes took place after mostly peaceful demonstrations up until this day and the solar plexus was weakened considerably.  Pro Mubarak protestors entered the arena and it began to get ugly.  But all is always perfect and while heroes lost their lives it was for a greater grander purpose.  The energy of the day in it’s culminated sum was that of a calling to bring together heaven and earth, masculine and feminine with the Goddess holding the power.  Those that could not cope with this power of the feminine coming back reacted out of fear at losing their power.  With so many 2’s in this immensely powerful day working towards clearing fear, and chaos in the womb of creation of Egypt it was a very tense and violent day.  This day was not all bad.  The violence that took part shocked Egyptians.  Ashraf could not hold himself steady as he cried at the sadness of what Egyptians were doing to Egyptians.  He was not alone and this day began to turn the Egyptians, Muslem, Christian back toward each other as Egyptians not as separatism of religion.  We are Egyptian we are brothers and sisters of Egypt.  It took another 9 days, 9 the number of completion/full circle and on the 11.2.2011 we see the power of 11.22.11 incredible power of a gateway of  Liberation setting the path for Egypt to enter into  the changes of a democratic society that will allow them to accept change toward freedom which in turn will lead them into the 5th dimension.
On the day I had originally measured the chakras I found the base chakra  was #, sacral 5, solar plexus 9, heart 8, Throat 8, Brow 8, Crown 5.  This showed me the insecurity of the nation.  The strength of knowing what they want and power of self and the lack of trust in the father head (Mubarak).
Today Base 10, Sacral 10, Solar Plexus 10, Heart 10, Throat 10, Brow 10, Crown 10—this shows they are feeling totally in their power, totally balanced on the ladder of consciousness and ready for an evolutionary shift in consciousness knowing they can never go backward again.
Today I spoke with different Egyptians of different levels of consciousness.  Some are still only concerned with the change being significant in how much money they can make (those that have) and when they can see money again (those that don’t) and those that are elated that the change is here (those that are already awake).
Those that have initiated these changes are already 5th dimensional, they are the indigoes of Egypt, the rattlers and the shakers, brave enough to create chaos in order to bring about change.  They are the heroes leading their people into the quintessence of Truth and Integrity.  Blessed are They.
Posted by Christina Ritchie at 5:41 pm