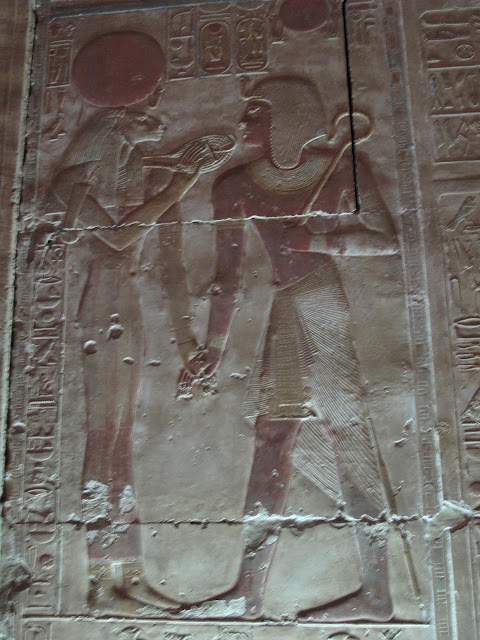 The following testimonial was from a participant who did not attend the Egypt tour in person but by being present with us energetically.  I was well aware that Chantal was a part of the group, but unaware of what her experiences were back in the UK.  The following is an email I received from Chantal after the latest trip to Egypt.  (the above photo was taken at Abydos, the Temple of Osiris on 10.10.10)

I didn't get a chance to e-mail you with what was going on from my end while you were in Egypt.

The first time I meditated the energies came through so strongly I felt as though I had been lifted off the bed, there was also alot of activating going on and there was language coming through, it was a amazing. The sounds of God are very powerful. The following days I meditated and each time it was really strong, but the last time I meditated I felt someone come into the room, the presence was so strong that it scared me at first and when I asked who it was the angels told me to relax, breathe and give in to the energy and I would be told the name. As soon as I gave in I could actually feel hands working on me and I knew then that it was you. Your presence was so strong in the room it was untrue!

I have felt amazing aswell, I feel really connected to everything. It feels as though there is going to be a settling in period where the adjustments settle down, but overall I feel great because I feel as though my mind has been woken up and even though I still feel as though I am in a different dimension to everybody else I am still able to think, which is just amazing.

Posted by Christina Ritchie at 3:26 pm