Return of the Dove 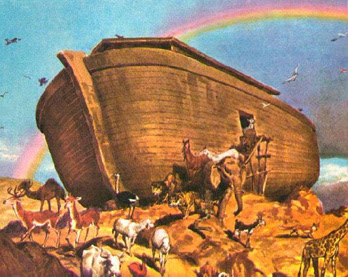 The evening of the 18th we held another 999 night. We had 11 participants. The symbol used in a different way including the 6 pointed star merkaba of the Enochian work. The Alignment to the Return of the Dove was the key to the night… not that I knew this until the actual evening. What I have termed the Alignment to the Return of the Dove began the week before with 3 people receiving it. I have to say it was the most powerful energy to date that I have brought through and really I have no words to describe my personal experience with it. But I had a vision which I did not speak about on the evening because I really didn’t know what it meant. I saw a “crystaline pyramid” come down from the heavens and placed over my body/the body of the earth. It was very ethereal…..this happened during the meditation activation process and while I was sounding the call to the Return of the Dove. At the completion of the evening the Arch Angels joined us in sound to celebrate and I saw something I found hard once again to describe. It looked like an upside down triangular piece of stone… some sort of plug with cracks in it… very rugged looking. I couldn’t see where it belonged in the pyramid but knew it had been removed from somewhere. I am waiting for the understanding of what took place.
I awoke the next morning feeling very fresh and clear. I had a healing with a friend and colleague(Jenny) who also has the language. I went “Home” during the healing and struggled a little with coming back. The next morning Thursday 20.9.2007+38/11 I went to give healing to my daughter and she received some very significant Sound Keys…….. I could feel myself starting to go “Home” as I do when something big is coming up. A client rang for a healing and I questioned myself as to whether I felt up to another big one, but I went ahead and did it. She is working a 38/11 life lesson so it all made sense and I was glad I had agreed. But, by 6:30pm I was ready for bed I could feel the visit of “Home” so strong and I couldn’t stay up any longer. Immediately my head hit the pillow I went into my deep sleep state. I was woken a couple of times by my eldest son, but I could hardly mutter words in answer to his questions because I was not fully here. I knew I was out working, gone "Home" for what I did not know.
At some time around 1:30am I received a phone call from my eldest son. He had “Totalled” my car! He was ok, totally unscathed. He had lost consciousness for a split second and hit a post and the car flipped and he sailed up and over inside the car and landed upside down in the car. The car is a total right off, but somehow he managed to get out of the car by himself and someone came running to his help.
The ambulance drivers say he was very lucky to have escaped it at all let alone come out totally without a scratch. All influences ruled out, his system was clear and so it was one of those things, who knows why it happened. I drove to pick him up and talk with the ambulance and police and I was totally calm, like I already knew all this and nothing was new. I was totally detached of all emotion……..even the fact that my son just escaped a close call with death, and the fact that my car is still being paid for and it is not insured with a P plater driving it. I just “know” that this is all happening as a part of the energies and that something is going on for him. I believe he is being given the opportunity to get his life on track. He may not see that now, but I truly believe this to be the case. It’s been a hard road over the last 5 years and now it is time, and in some hidden way I bless this situation and said to myself … “How can it get any better than this”…. my friend Jenny gave me that one the day before.
Goodbye my little Suzuki Belino 1ARK 079.………. It was my ark, but now it is grounded for the Dove (spirit of my son) is Returning.
Posted by Christina Ritchie at 5:56 am