Galactic Transmissions and The Ancient Language of Light 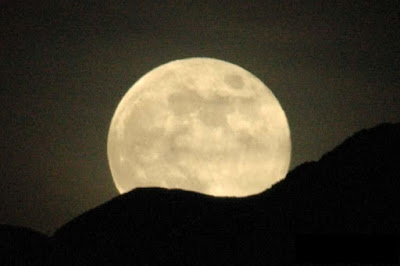 Tonight 1 June, 2007 we access Angelic Presence and through the language of Hiburu will permit an encoding at the Core Soul level in order to awaken you to the part you have to play in bringing about world peace. On each of these evenings we will have a focus directed toward World Peace.
The language of Hiburu is the Ancient Language of Light which is a language that is to do with Sound encoding. As you listen to the sounds that are spoken they resonate with you at a Soul level. At the level where there is no need for human interpretation. For us to try to interpret the language would be to lose the essence of purpose that this language brings about.
Hiburu is a harmonic language, a language that speaks to our DNA and encodes the sacred geometries held within our energy fields.
Although I am given some mantras that can be used for specific purposes, it is not necessary to have the full interpretation of the channelled messages we receive here tonight and other nights like this.
From:The Secrets of Thoth and The Keys of Enoch "The lost Enochian knowledge reveals the mother tongue as a "language of Light". Known to the ancients as HIBURU, it is the primal seed language, introduced at the beginning of this time cycle. Modern research confirms, the most ancient form Hebrew to be a natural language, the alphabetic forms emerging from the phosphene flare patterns of the brain. The same shapes, in fact, born of a spinning vortex. It is a true language of light, coursing through our very nervous system.....Encoding the natural waveform geometries of the physical world, Hiburu is a harmonic language, mimicking the waveform properties of light. The "keys" Enoch speaks of, turn out to be sound keys, keys to be vibratory matrix of reality itself, the mythic "Power of the World". The Enochian knowledge describes sonic equations, encoded within the ancient mantras and god names, capable of directly affect the nervous system and producing profound effect of healing and higher consciousness states....As the ancient texts declare, "If you would speak with the gods you must first learn the language of the gods."
As we move into the space of meditation we open ourselves up to receiving the encoding at the highest level possible for us at this particular time. Each time we enter into our protective LUXOR Light symbol and move into the space of Unity we allow ourselves to receive the highest information that our Soul wishes to receive for your next step in raising your levels of consciousness.
If we can focus tonight on radiating inner Light, the light that is the very essence of our being, to shine for all beings to sense the radiance of our collective Reality. We can then touch other Beings and activate within them, a field of love permeating so strong that it helps activate a greater awakening to Humanity to be able to see and recognise the beauty, brilliance and omnipresence and Love of the Alpha and the Omega, the Mother/Father God/Goddess, All That Is. We shall create thought forms of Love, radiating outward to empower other Souls connecting with our own to facilitate a greater sense of Oneness, Kindness and Blessedness in every Soul on this planet, and in this Universe, for the Greater Good of All.
If we see this as a meditation toward Global Peace and our focus being directed toward Gaza at this present time. We do not place our focus on the unrest but on the intended peace and harmony that should be the right of every place on our beloved earth.
http://www.mooncircles.com/ This full moon of Gemini/Sagittarius is a moment in which we can attune our minds to a momentous turning. If we choose to separate for even hours or a day from the noise of everyday life, work and thinking, from projection, opinion and argument, we can sense this shift; we can hear it and we can feel this mental awakening. The collective mind of humanity is turning, realizing, recognizing, and a glimmer of fresh awareness is flashing in human consciousness. The wheel of evolution turns slowly until it arrives at a moment of revelation in which all is seen and known anew, liberated of opinions, fixed ideas and past experience. The new, creative and innovative become possible, inevitable and desirable...
Many Blessings of LUXOR Light to you...........
Posted by Christina Ritchie at 11:01 pm