The Way of the Cobra 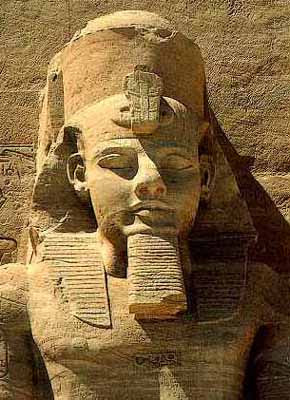 The royal uraeus on the forehead of the King symbolises him being protected from all evil.
Some months before I went to Egypt I started being activated by what I could only term as the way of the cobra. While in Egypt at the Karnac Temple one of the Temple Guards directed us to a room with a sarcophagus with two cobras inlaid in the sides. He placed my hand on the cobra. I began to be encoded and my body made snake like movements as the kundalini rose upward in my body. My mouth made strange gapping actions like a cobra about to strike. It was quite funny at the time, but little did I know what was happening.
That evening while sleeping I awoke to my body receiving the kundalini rising energy again which was already very familiar to me but my hand was also making very strange movements similating the cobra. I knew I was activating the cobra, but didn't realise until coming home the significance of what had happened. The turn of events for myself since I first began to activate the cobra before leaving for Egypt and the situations arising while in Egypt are now clear to the process that was taking place. I always draw circumstances to me in order to learn and in order to pass on information as I teach.
I realised that I would now be able to encode others to this process and so I sat in meditation in my home to see if I could activate the process. And yes as always all I have to do is ask and it is given. I went through the process in meditation and then that evening I awoke from sleep with a very strong cobra activation in my body. As the energy rose to my brow, my third eye opened wide and I had a vision of my Egyptian father as clear as if he were standing in front of me. It is not the first time Omar has visited me, but this time was the clearest and most lifelike. He asked me to return to Egypt and I went into conversation with him as to reasons why I could not come now...... he turned and walked away showing his disappointment very clearly as he does when he sits on his sun bed with his hands raised to Allah asking for me to return sooner than my intended 8 months bringing my bubba and my mamma and my pappa. As he left Ashraf appeared and I realised that I had work to do. This workshop is a result of my experience on 26.4.2007=39/3 which is my soul vibration. Many of my most significant works are received on the vibration of my soul.
I offer the latest in workshops through the LUXOR Light system of healing.................
An Accelerated way toward Mastery
through raising and strengthening the Kundalini

Due to the Advance nature of this Encoding, this Workshop is only available to those that have completed parts 1,2 and 3 of the LUXOR Light Ascension Programme.

The Uraeus is an upright cobra, used as a symbol of sovereignty, royalty, deity and divine authority in ancient Egypt.
Uraeus is a Greek word that means "she who rears up".
It was used as a protective symbol, as the Egyptians believed that the cobra would spit fire at any approaching enemies. It will assist you in putting up boundaries and honouring your Divinity, and bring you into a more grounded state of being.
This encoding assists in the acceleration of the kundalini pathway and therefore can only be undergone by those of an advanced level of initiation. Once enough emotional, mental and spiritual healing has taken place is it safe to awaken the Kundalini.
What happens with an open and awakened Kundalini force?
We are able to direct more psychic energy, access the power of Nature, and utilise more intuitive wisdom.
Bring the unconscious in to the conscious for more effective “self” healing.
Kundalini rising awakens you to tantra which in turn assists you to merge with your partner through the sexual practice of union of base chakra, heart and mind in order to lose your separate “self”.
It brings new life and releases the youth hormone.
It balances your inner male and inner female (left and right sides of the brain) in order to awaken to your creative genius.
Brings new life, rejuvenation and healing on all levels
Rebirth - the snake sheds its skin and grows new skin; shedding the old, new growth. In ancient times snakes were associated with Goddess, rain and fertility symbolism.
There are increasing effects by receiving this encoding more than once.
This workshop although explanatory can only be activated through the encoding system. Other workshops teach a breath sequence, this system awakens you systematically when you are spiritually ready. The encoding is an unlocking device that is done through the voice.
Posted by Christina Ritchie at 9:41 pm